The problems start with first "visualization" step. The is no overlapping at all between Cufflinks transcripts and RefSeq Chr19 reference, provided on the tutorial page. Was that the goal, or transcripts should overlap and something Biostar 6630 not work? By the way, mapping for cufflinks was done to hg19, but reference annotation is provided at hg Maybe, this is the problem? The good news is that results are obtained with either - the issue with overlap may be with the Visualization tool itself.

However, the data is there Biostar 6630 you just zoom in, as in the attached screenshot. Hopefully this helps! Best, Jen Galaxy team -- Jennifer Jackson http: Thanks Jen, Another Biostar 6630 is with reference-guided assembly. 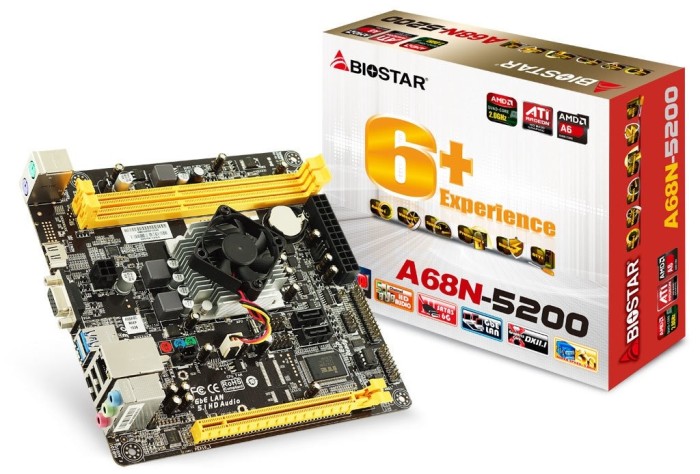 This situation is going to change in the first quarter of the coming year, when new Biostar 6630 Atom Silvermount and Celeron processors of Ivy Bridge generation are going to be introduced. Celeron series will be represented by three models: G, GT and G; they will substitute the items developed under 32 nm process. Moreover, a more advanced technological process will be applied even to the design of budgetary CPUs with the purpose to enhance their performance and power-saving characteristics. According to the current data, all three Celeron models will be equipped with two cores based on Ivy Bridge micro-architecture, 2 MB cache-memory of the latest level, and with graphics core Intel HD Biostar 6630 They will also employ two-channel DDR3 memory type, operating under a dedicated controller at MHz frequencies.